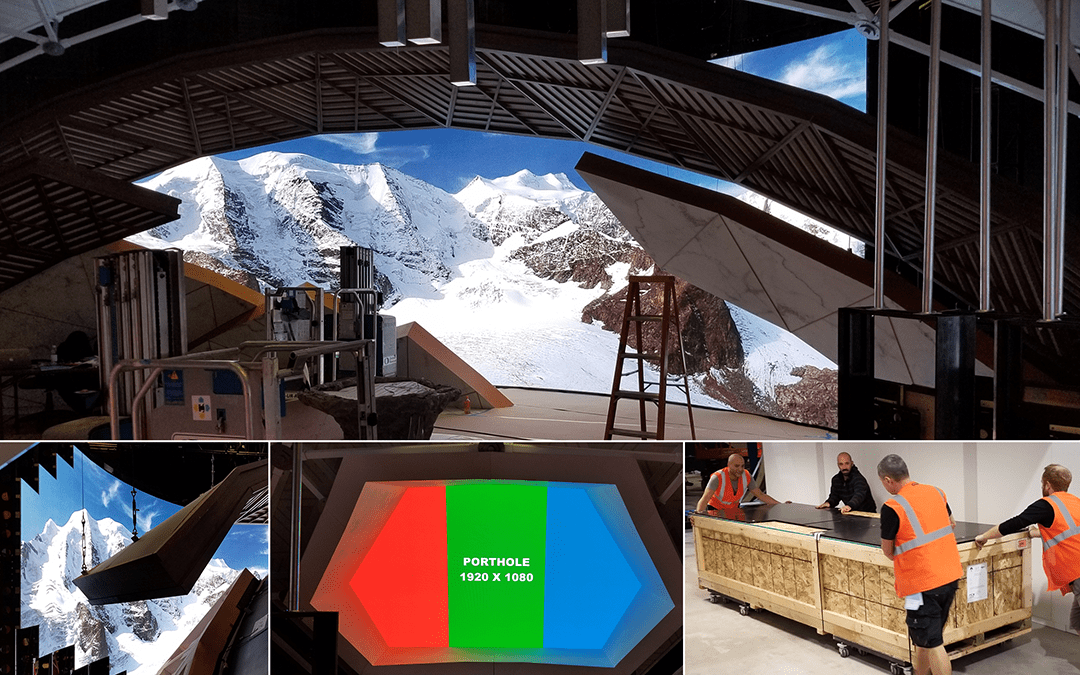 Question: What 2018 Olympic Winter Games event starts before the torch ceremony and crosses the finish line once all athletes have their medals and the games end? Answer: Broadcast coverage. An “Olympic event” in its own right, digital broadcast of the games requires incredible coordination and both on-camera and behind-the-scenes talent to make the February 8-25 broadcast production a success.

As SourceOne engineering manager, Lonnie Schmidt, explained: “SourceOne and Leyard (http://www.leyard.com/en/) collaborated on NBC’s production of the Olympic Games in Rio de Janeiro, Brazil, in 2016 – so this was another opportunity to contribute our engineering experience and Olympic spirit to this year’s Winter Games. While we consider each SourceOne project unique, the largest structure of the five needed to match the curvature of the geodesic dome the studio design requires. At 39 ft. wide and 14 ft. tall, each design segment had to take on the overall prescribed curvature while holding 196 Leyard TWS screens. It’s not your everyday display structure.”

Other SourceOne systems included a 12 ft. wide by 6.5 ft. tall display that pivots away from the frame structure with a series of winches, and three 4 ft. by 6.5 ft. stationary displays. All the systems appear on-camera at different times throughout NBC’s broadcast of the games. SourceOne’s structural system was also designed so everything could be packed in a 12 ft. x 4 ft. x 3 ft. custom crate designed for international shipping. The shipping weight was 4,900 pounds! No Amazon Prime for that! SourceOne salutes all the international athletes (Go, USA!) and wishes everyone involved a happy and safe celebration of world class competition!