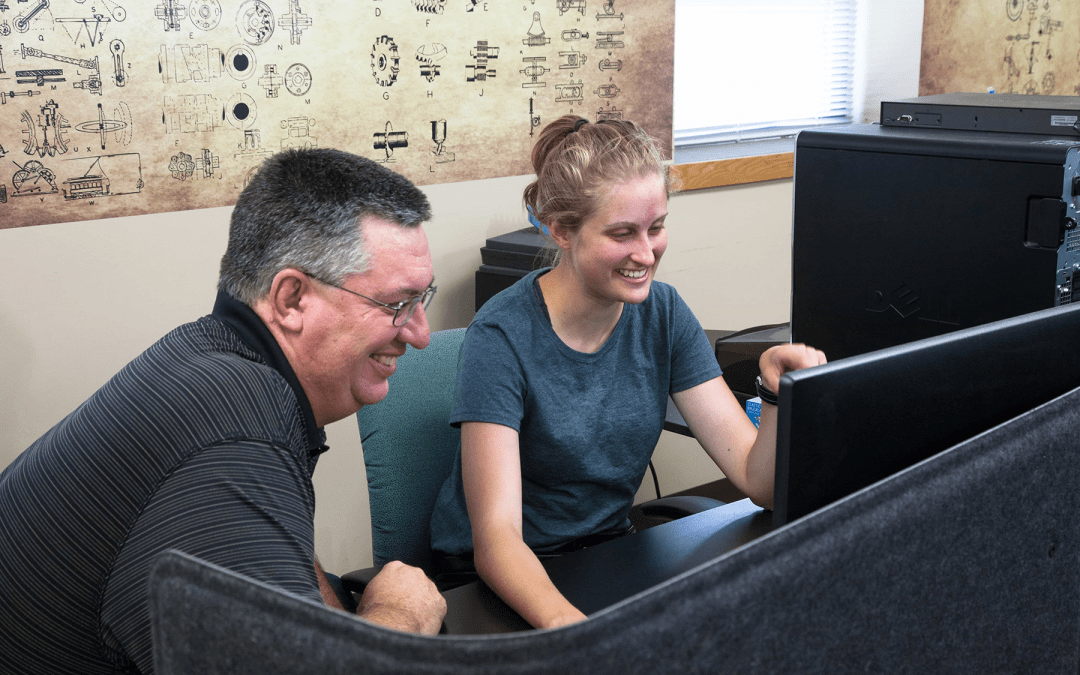 Last month, one of SourceOne’s very own donned cap and gown to mark a supreme occasion of academic achievement — graduation from the University of Nebraska at Lincoln! Rachael now begins an exciting new career in mechanical engineering, and she’ll also be working toward her PE certification (professional engineering license).

We congratulate Rachael on her graduation from UNL, and wish to express thanks for sharing her time, expertise and creativity with SourceOne’s Engineering Department during the past four years. Rachael recently accepted a new position at an area engineering firm, and as delighted as we are to watch her write the next chapter — we’ll also miss the day-to-day fun and innovative spirit of our colleague and friend.

Born and raised in Lincoln, Nebraska, Rachael is a former Southeast High School graduate and past SourceOne Engineering Project Coordinator. We caught up with her to ask if she’d share some reflections on her SourceOne experience.

Describe a memory from your first day at SourceOne:

My first day at SourceOne was during my senior year of high school. At the time, I decided I was going UNL for college — and was trying to make it through the second semester of senior year with several advanced placement classes. I chose to take an extra-credit hour for an industry internship class and wanted to have an internship where I could learn more about mechanical engineering — since I wasn’t yet certain that’s what I wanted to study in college. At one point along the way, my dad had the occasion to tour SourceOne, and recommended it to my teacher as a place I might intern for to explore my interests. When I arrived that first day of my internship, I remember Jack giving me an extensive tour of shop. There were so many things I’d never seen or heard of before, but I tried to remember everything I could because it was so interesting to me. I think I even went home and wrote all I could down to help remember.

What was your first SourceOne project?

The first engineering project I remember working on was a machine that compressed hay to make rabbit food. It was a really interesting machine — and I learned a lot from working on it. Because it was my first project, it really sticks out to me as a special one.

One of SourceOne’s end-of-the-year holiday parties was held at the SAC Museum by Ashland. I really enjoyed looking at all the exhibits and spending time with my coworkers and their families.

What would you say to someone interested in working at SourceOne?

SourceOne has a really good community, and the people really care about each other.

Kudos to Rachael on her hard work in academic achievement and best wishes to her in her professional engineering career!